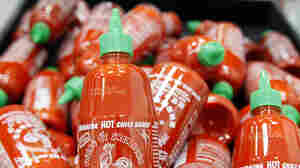 The maker of the popular Thai hot sauce Sriracha hot sauce is under fire — get it? — for allegedly fouling the air around its Southern California production site. Nick Ut/ASSOCIATED PRESS hide caption

October 31, 2013 • A blogger says that of course poor people want nice things, a town and a Thai food company duke it out, and a writer challenges some popular culinary histories of soul food. 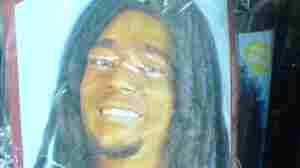 October 31, 2013 • Halloween is — uh, how do you say? — high season for writing about race. Each year, like clockwork, you can count on images of people sporting racist costumes.

What's So 'Chinese' About A Chinese Fire Drill?

October 31, 2013 • For the uninitiated, a "Chinese fire drill" can be described as a form of vehicular musical chairs. Where did that name come from? 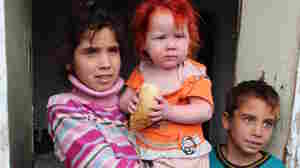 The children of the Ruseva family — at the heart of a story about a Roma child suspected of being kidnapped because she had blond hair and blue eyes — might not read to many as relatives. But they are. BGNES/AP hide caption

When Will We Stop Side-Eyeing Relatives Who Don't 'Match'?

October 29, 2013 • More and more Americans belong to multiracial, adoptive or blended families, but relatives who look different from each other still spur questions from strangers — and sometimes suspicion.

When Will We Stop Side-Eyeing Relatives Who Don't 'Match'? 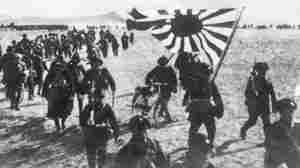 Talk To The Head Honcho; He Speaks Japanese

October 29, 2013 • While "honcho" is often mistakenly believed to have Spanish origins, it actually traces its roots to American soldiers who fought in the Pacific during World War II.

Roma Children Removals Make Us Wonder What Family Looks Like

October 27, 2013 • Some Roma children in Europe have been removed from their families recently because outsiders suspected the blond, blue-eyed children had been kidnapped. For Americans who grew up in multiracial, adoptive, or blended families, the stories give pause for thought. 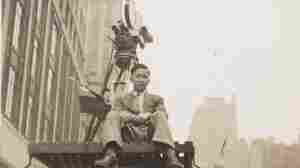 Harold Lee's son Henry, perched on the roof of a camera truck, helped produce and import Chinese-language films from Hong Kong and China in the late 1940s. Courtesy of the Lee Family hide caption

October 27, 2013 • The Lee family, long-known for selling insurance in New York's Chinatown, once helped produce, distribute and screen Chinese-language films — business ventures that descendants only recently discovered when putting together a new exhibit at the Museum of Chinese in America. 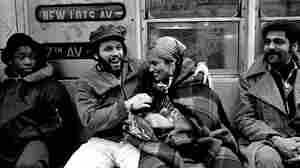 October 26, 2013 • The 1970s were a tumultuous time in the city's history, but it was also a time of great change for the Latino community, then mostly Puerto Rican. Photojournalist-activist Bolivar Arellano made a point of documenting the "good." Those who have studied his work say he captured the nuance that outsiders often missed. 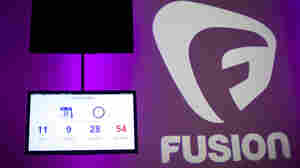 Fusion Wants Young Latinos To Turn On Their TVs

Fusion Wants Young Latinos To Turn On Their TVs

It's Their Money; They Can Buy What They Want To

October 25, 2013 • After some patrons accused the high-end Manhattan retailer Barneys of racially profiling them, a few people snickered at the young customers, wondering why they would spend money on such expensive baubles. 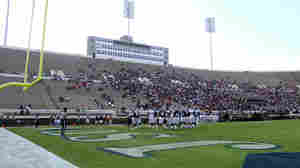 October 24, 2013 • A boycott by student-athletes on the storied but struggling Grambling State football team has had consequences for other schools, including Jackson State, which is now suing over millions in lost revenue from a canceled game between the two teams. 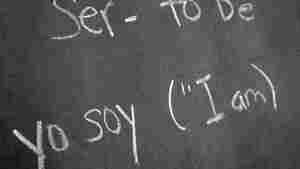 Many first- and second-generation Americans are turning to classrooms to relearn their heritage languages. Corbis hide caption

It Takes A Classroom To Learn The Family Language

October 23, 2013 • Feeling a disconnect with their culture and ethnicity, many young Americans are going back to their heritage languages to bridge the gap. But identity isn't as simple as what language we speak. 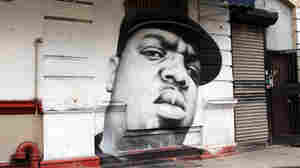 Biggie's likeness can be seen all over Brooklyn, but a push to name a corner after the slain rap icon has met with stiff resistance from a local community board. Wally Gobetz/Flickr hide caption

A Roundup Of Stories On Race and Ethnicity

October 23, 2013 • A Brooklyn neighborhood is at odds over a memorial for a slain rapper, Latinos say they want a leader, and researchers found that black boys and black girls integrate differently at predominantly white schools. 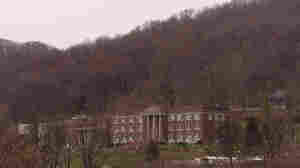 Conley Hall is the home of the library and administrative offices of Bluefield State College. Jon C. Hancock/AP hide caption

Ask Me Anything: On Bluefield State, America's Whitest Black College

October 22, 2013 • Code Switch's Shereen Marisol Meraji and Gene Demby sat in at for an Ask Me Anything over at Reddit. They answered questions about their recent story on Bluefield State College, a historically black college that is now 90 percent white. 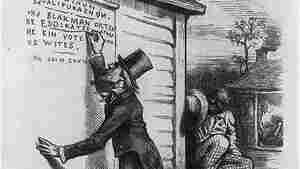 This editorial cartoon from a January 1879 edition of Harper's Weekly pokes fun at the use of literacy tests for blacks as voting qualifications. Wikimedia Commons hide caption

The Racial History Of The 'Grandfather Clause'

October 22, 2013 • Companies and individuals are considered grandfathered and exempt from new sets of regulations all the time. But the term and the concept date from the era of segregation that followed the Civil War.