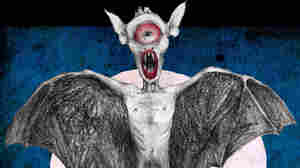 The Creepiest Ghost And Monster Stories From Around The World

October 31, 2014 • Did you know about the bat-demon of Tanzania? Or the Japanese girl who haunts school bathrooms? We've rounded up some spooky stories that come from different cultural contexts. The chills translate. 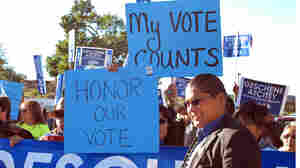 October 30, 2014 • After the latest in a flurry of decisions on whether his lack of fluency in the Navajo language disqualifies him from the presidential ballot, Chris Deschene's candidacy is now in limbo. 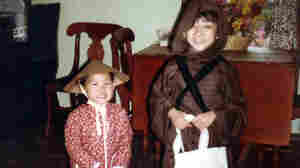 The author (right) and his sister, one awkward Halloween day. Courtesy of Steve Haruch hide caption

The Struggle Of Being Asian-American For Halloween

October 29, 2014 • Somewhere between Short Round and Kato, writer Steve Haruch realized that Halloween costumes featuring Asian-American characters leave much to be desired. 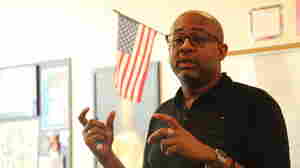 Some St. Louis Teachers Address Ferguson With Lessons On Race

October 28, 2014 • Educators in St. Louis are using events in Ferguson to spark discussions about race and class in a deeply segregated region. Others have found approaching the subject a difficult task.

Some St. Louis Teachers Address Ferguson With Lessons On Race 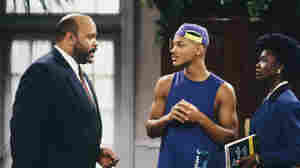 The Fresh Prince of Bel-Air in the early days â with the original Aunt Viv, too! AP hide caption

A Timeline Of Sitcoms Featuring Families Of Color

October 28, 2014 • Folks say it's a new golden age of small-screen diversity. But how much browner is today's TV sitcom landscape compared with prime-time eras of the recent past? 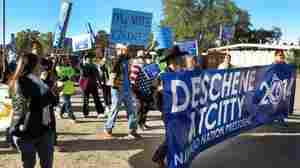 Supporters of Navajo presidential candidate Chris Deschene gather outside an administrative court in Window Rock, Ariz. Questions about his fluency in the Navajo language have dogged his campaign. Felicia Fonseca/AP hide caption

October 27, 2014 • Chris Deschene's campaign to become president of the Navajo Nation could get a boost after a requirement for candidates to be fluent in the Navajo language is altered.

October 27, 2014 • If you haven't been paying attention to Irish dancing since Riverdance, you might be surprised by the ethnic diversity on display as the All Ireland Dancing Championships kick off this week. 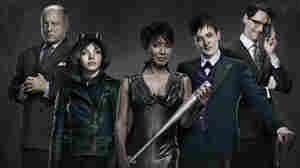 October 26, 2014 • Gotham has been one of the fall's most successful television debuts. But earlier this month the show found itself in hot water when it hired a white stuntwoman as a body double for a black guest star.

October 25, 2014 • A 1913 romantic comedy starring black actors is finally hitting the big screen, after decades in the Museum of Modern Art archives. It's paired with an exhibit called 100 Years in Post-Production.

October 24, 2014 • Dear White People, a much-hyped indie film about the racial politics at a fictional university, is in theaters now. But these video promos for it might be better than the movie. 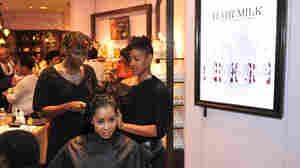 A Black Cosmetic Company Sells, Or Sells Out?

October 24, 2014 • Carol's Daughter was started to sell products for black women who wear their hair natural. But ever since L'Oréal bought the brand, folks are wondering if it can maintain the loyalty of its customers.

A Black Cosmetic Company Sells, Or Sells Out? 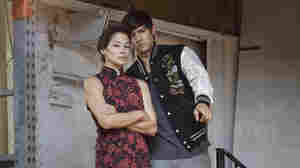 toggle caption
Courtesy of A24 Films

A Tale Of Asian Gangs Unleashed In 'Green Dragons' Film

October 24, 2014 • The film Revenge of the Green Dragons is based on the true story of a Chinese-American gang in New York City that helped traffic unauthorized immigrants in the 1980s and 1990s.

A Tale Of Asian Gangs Unleashed In 'Green Dragons' Film 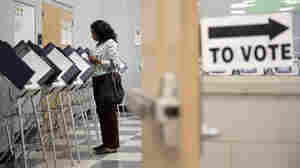 A voter casts her ballot at a polling site for Georgia's 2014 primary election in Atlanta. David Goldman/AP hide caption

Concern Over New-Voter Registration In Georgia Ahead Of Election

Concern Over New-Voter Registration In Georgia Ahead Of Election 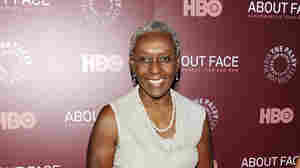 October 21, 2014 • Legendary fashion designer Oscar de la Renta died at the age of 82 on Monday. Audie Cornish talks to one of the women who modeled his clothing, Bethann Hardison.

October 21, 2014 • Ride-sharing apps like Uber and Lyft have put a serious dent in the traditional taxi market and are pitching themselves as alternatives to traditional taxis that often pass by passengers of color.