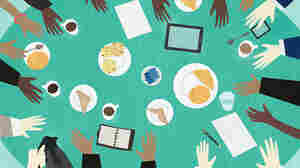 After the election, professional peacemakers may feel they have to work harder to tamp down heightened feelings of "us versus them" in the workplace. Marcus Butt/Ikon Images/Getty Images hide caption

After Election, Diversity Trainers Face A New Version Of 'Us Versus Them'

November 28, 2016 • Through the eyes of those who work to make companies "inclusive," the 2016 election suggests two things: Business will pick up, but it won't be business as usual. 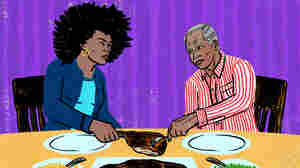 Family tensions can bubble to the surface during the holidays, especially after a divisive election. Daniel Fishel for NPR hide caption

This Thanksgiving, Looking Forward To A Respite From The Hydrant Of Terribleness

November 24, 2016 • Here's hoping that the holiday provides the rare oasis from a year full of rancor and racial strife in our politics. 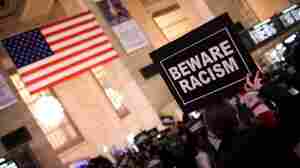 Is It Racist To Call Someone 'Racist'?

November 23, 2016 • Casting racism as a moral failure has had the bizarre consequence of confounding the issue for many Americans. Can anything be called racist without controversy? 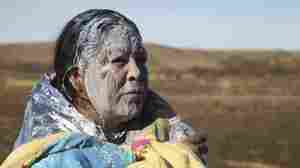 Tonya Stands recovers from being pepper sprayed by police after swimming across a creek with other protesters hoping to block construction of the Dakota Access Pipeline, near Cannon Ball, N.D., on November 2. John L. Mone/AP hide caption

The Standing Rock Resistance Is Unprecedented (It's Also Centuries Old)

November 22, 2016 • Many say the Dakota Access Pipeline resistance is beyond anything they've experienced before. But there are preludes in Native American history, and you don't have to look too far back to find them. 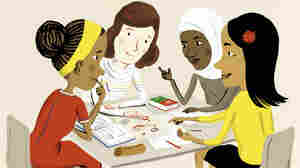 A suggestion on the podcast that people of color should win over the hearts and minds of white folks prompted pushback from listeners and a question: who, if anyone, might even be willing to do this? Bjorn Rune Lie/Getty Images/Ikon Images hide caption

Who Should Do The Hard Work Of Being The Race Ambassador?

November 18, 2016 • Someone suggested on last week's podcast that people of color should work to win over the hearts and minds of white people. Who, if anyone, might even be willing to do this?

Who Should Do The Hard Work Of Being The Race Ambassador? 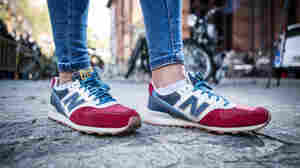 This Week In Race: Sisterhood, Immigration, And The 'Official Shoe Of White People'

November 18, 2016 • What's popping with race this week? Here are few hardy racial matters to chew on as you head into Thanksgiving week. 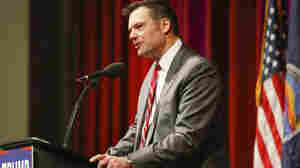 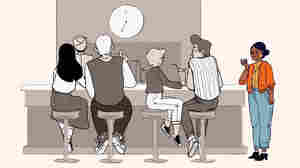 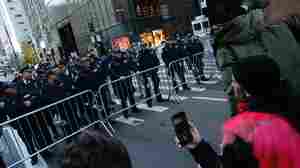 New York police officers block the street during a protest against U.S. President-elect Donald Trump in front of Trump Tower on Nov. 12, 2016 in New York. Americans spilled into the streets Saturday for a new day of protests against Trump, even as he appeared to back away from the fiery rhetoric that propelled him to the White House. Kena Betancur/AFP/Getty Images hide caption

Post-Election, Conversations About Race 'Sparked A New Sense Of Urgency'

November 14, 2016 • Washington Post reporter Wesley Lowery talks about race in the Obama presidency and under President-elect Trump. Lowery was part of a Pulitzer Prize-winning team for reporting about police shootings.

Post-Election, Conversations About Race 'Sparked A New Sense Of Urgency' 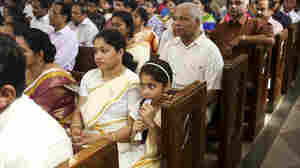 Younger and older generations at the St. Thomas Syro-Malabar Church in the Bronx grapple with how much of their faith and culture to retain, honor and leave behind. Teresa Mathew hide caption

'Products Of The Soil': Identity Crisis In An Indian Catholic Church

November 13, 2016 • In a small church in New York, a sect of Catholics from south India struggle to hold on to a piece of ancient culture that is intertwined with an evolving faith community. 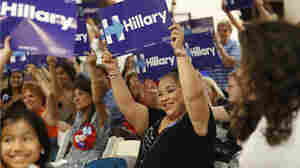 After many elections in which Latino voters had been important but not decisive, Latino leaders had hoped they would finally be able to say that they had delivered the presidency — in this case, to Hillary Clinton. Eric Gay/AP hide caption

November 11, 2016 • After many elections in which they'd been important but not decisive, Latinos thought they'd be able to exert influence in Washington. Instead, their expectations were dashed by a Republican sweep. 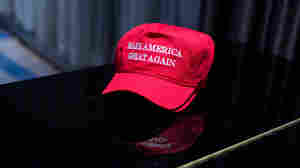 A stack of the Trump campaign's signature hats sit on a table during the election-night event held at the New York Hilton Midtown on Tuesday. Natalie Keyssar for NPR hide caption

'Join The Fun!': Stories About Race For Your Ears And Eyes This Weekend

November 11, 2016 • Hate made intersectional, a woman who is a Muslim immigrant votes for Donald Trump, and an invitation to join in on the "fun" of racial pessimism. 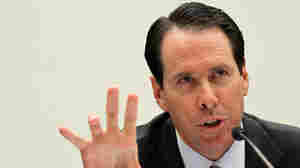 Randall Stephenson is the chairman, CEO and president of AT&T. Why is he talking about Black Lives Matter? Alex Wong/Getty Images hide caption

Does It Matter When A White CEO Says 'Black Lives Matter'?

November 10, 2016 • AT&T's CEO, along with Ben & Jerry's and Starbucks, have waded into the rough waters of race. We ask some experts whether that makes a difference, and the answer is ... complicated. 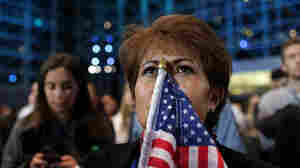 The Outlook On Race After Trump Victory: Fear, Resignation And Deja Vu

November 9, 2016 • On Election Day, we asked our Code Switch audience to tell us what it thought about the future of race relations in the U.S. 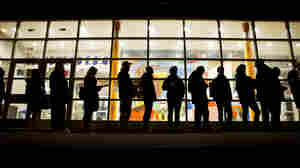 A line of voters stretches down the street as they wait for a polling site to open on Election Day in New York. David Goldman/AP hide caption

What's Ahead After The Racial Hangover Of 2016 Election?

November 8, 2016 • Eight years ago, the future of race relations in America looked, well, hopeful. Today, it's a different picture. Where are we headed from here?