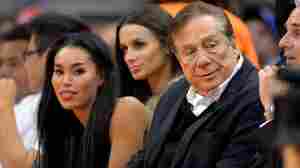 2014 Stories At The Intersection Of Race And Sports

December 31, 2014 • As the year winds down, Code Switch is taking a step back to pay tribute to some important — but perhaps forgotten — stories about race and sports. 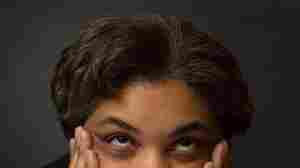 December 31, 2014 • Author Roxane Gay spent 2014 thinking and writing about issues that exposed divides in America over race and gender. She offers her thoughts on some of the year's most-talked-about stories. 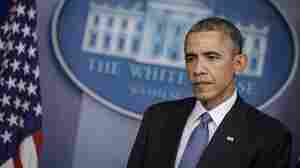 Whites More Optimistic Than Blacks On Race Relations In The U.S.

December 30, 2014 • President Obama told NPR's Steve Inskeep that he thinks the U.S. is less racially divided today than when he first took office. Polls have tried for years to measure that divide, but it's not easy.

Whites More Optimistic Than Blacks On Race Relations In The U.S. 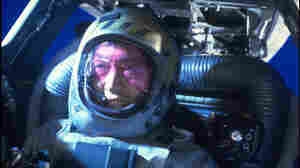 Lieutenant Telsij of Return of the Jedi is one of just a handful of Asian characters in the Star Wars film series. Lucasfilm hide caption

Diversity In Space: Tracking The First Asian Pilot In The Star Wars Movies

December 29, 2014 • The Asian characters in the original Star Wars films are few, fleeting and often forgotten. But the manager of the "Holocron" database at Lucasfilm helps uncover their back stories. 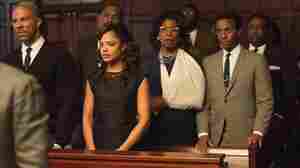 For Hollywood, 'Selma' Is A New Kind Of Civil Rights Story

December 27, 2014 • The film, about a 1965 voting rights march, stands out for its focus on black characters, including some of the movement's lesser-known organizers, and the way it humanizes Martin Luther King Jr.

For Hollywood, 'Selma' Is A New Kind Of Civil Rights Story 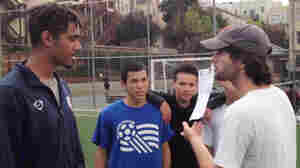 December 27, 2014 • A fight over the use of a soccer field in San Francisco's fast-changing Mission District pitted Latino youth against tech workers. 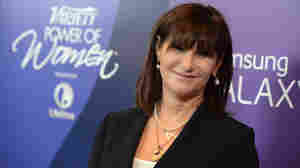 December 26, 2014 • While some leaked Sony emails seemed racist, NPR TV critic Eric Deggans says they hint at a wider issue: an acceptance of practices, habits and perceptions that limit diversity in Hollywood.

December 24, 2014 • The FDA recommends overturning a lifetime ban on blood donations by men who have sex with men. It's the right solution, but it still won't help me donate. 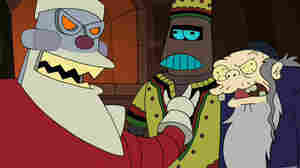 December 22, 2014 • It's that time around Christmas, when all we can see are a handful of stories on our TV screens. Frosty, and Charlie, and Ralphie, and Kevin, but there's not too much brown in this mostly white canon. 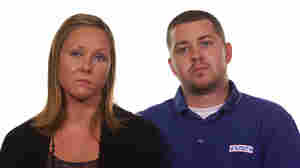 The Whiteness Project: Facing Race In A Changing America

The Whiteness Project: Facing Race In A Changing America 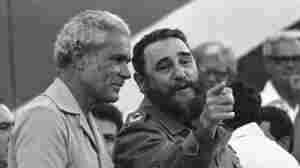 December 21, 2014 • For NPR's Carline Watson, the U.S. policy shift toward Cuba is more than a news story; it closes an important chapter in her personal history. 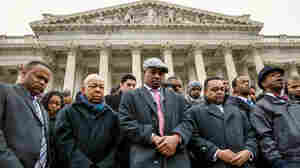 Congressional staff members gather at the Capitol to raise awareness of the recent killings of black men by police officers, both of which did not result in grand jury indictments, on Dec. 11. They are joined by Rep. Elijah Cummings, D-Md. (second from left), and Senate Chaplain Barry Black (far right). J. Scott Applewhite/AP hide caption

The Walkout Protest: Past And Present

December 19, 2014 • People in Boston, Buffalo and Oakland staged walkouts this week to call attention to questionable police tactics in communities of color. The walkout has been a popular form of protest in 2014. 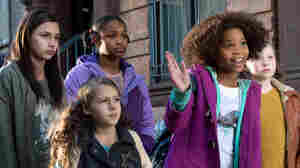 An Updated 'Annie' And The Tradition Of Nontraditional Casting

December 17, 2014 • As an African-American Annie arrives on movie screens, critic Bob Mondello looks at other cross-cultural reinventions, from Pearl Bailey's Dolly to the Americanization of Carmen as Carmen Jones.

An Updated 'Annie' And The Tradition Of Nontraditional Casting 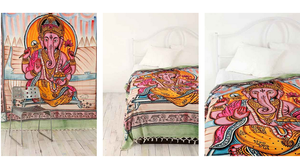 December 16, 2014 • Questionable sincerity aside, the recent pileup of apparent missteps by the retailer raises another question: Is the company doing it on purpose? 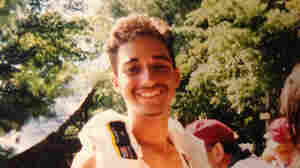 Serial focuses on Adnan Syed, who was a teenager when he was convicted of murdering his ex-girlfriend, Hae Min Lee, despite big question marks in the case. (But you almost certainly knew that already.) Courtesy of Serial hide caption

December 15, 2014 • In Part 2 of a roundtable on the Podcast Everyone's Talking About, Code Switch's Gene Demby says that a lot of Serial's themes echo news stories that focus attention on how our justice system works.