February 19, 2013 • Quentin Tarantino's slavery revenge story Django Unchained, has been nominated for a number of Oscars. The spaghetti western is up for best picture, original screenplay and actor Christoph Waltz has been nominated for his supporting role in the film. The state of Mississippi plays a supporting role too, but Mississippians are tired of being typecast. 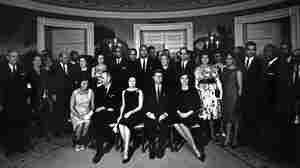 February 12, 2013 • The Kennedy administration commemorated the Emancipation Proclamation with a reception for a virtual who's who of black Americans. However, the Rev. Martin Luther King Jr. stayed away. 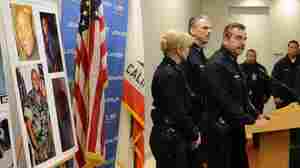 An Accused Killer Seeks An Audience With Everyone

February 9, 2013 • The former Los Angeles police officer accused of killing three people and shooting others addressed a letter to Americans airing his grievances. How are we to respond? 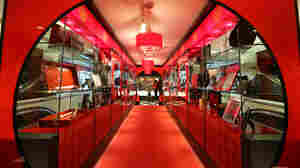 To mark the Lunar New Year, Bloomingdale's is catering to affluent Chinese tourists with an array of pop-up shops. Courtesy of Bloomingdale's hide caption

February 8, 2013 • Decades ago, Bloomingdale's sold goods from China to intrigued American buyers. Today, to mark the beginning of the Lunar New Year, the store is doing the opposite: selling goods that cater to the interests of affluent visitors from Asia. 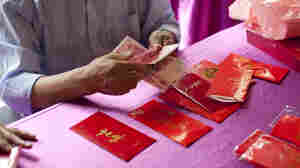 Show Me The Money In Your Lunar New Year Envelope

February 8, 2013 • Envelopes filled with money are traditionally given to children for the Lunar New Year in Chinese, Korean, Vietnamese and other Asian immigrant families. The married adults who usually give them out face a perennial question: How much money should I give?

Show Me The Money In Your Lunar New Year Envelope 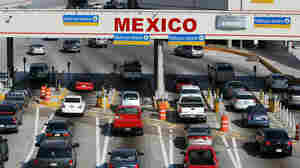 While a vast majority of undocumented immigrants in the United States come from Mexico, many also come from Central American nations, China, parts of Africa and India. David McNew/Getty Images hide caption

Undocumented In The U.S.: 11 Million And Counting

February 2, 2013 • Though many of the immigrants entering the U.S. are from Mexico, others come from Central America, China, the Philippines and India. And while many do enter the country illegally, as many as 40 percent have simply overstayed their visas.

Undocumented In The U.S.: 11 Million And Counting