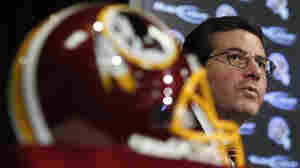 What A Lawsuit Against The Redskins Could Mean For The Brand

May 31, 2013 • Native American groups are challenging the exclusive trademark protection for the Washington Redskins, saying the NFL team's name is a racial slur. If the judge rules in the groups' favor, the team could lose millions of dollars from the sale of licensed merchandise.

What A Lawsuit Against The Redskins Could Mean For The Brand 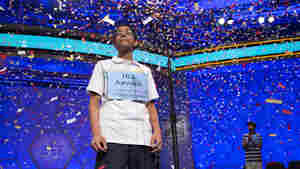 May 31, 2013 • When Arvind Mahankali won the Scripps-Howard National Spelling Bee last night, he became the sixth consecutive Indian-American winner and the 11th in the past 15 years. 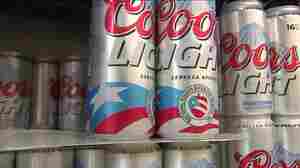 May 31, 2013 • Community activists in New York are angry after MillerCoors placed a Puerto Rican flag on a commemorative beer can. The can was designed to promote the annual Puerto Rican Day parade. 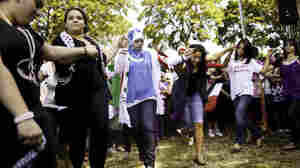 Arab-Americans: A 'Growing' Community, But By How Much?

May 30, 2013 • The Census Bureau estimates 1.5 million Americans claim Arab ancestry. But some advocates say the Arab-American community is more than double that size. 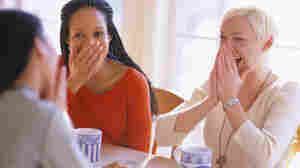 How do you respond to questions about your culture or race? Ariel Skelley/Corbis hide caption

The Questions People Get Asked About Their Race

May 29, 2013 • We asked our audience to share the uncomfortable, awkward or just offensive questions they've been asked about their race. Here are some of the highlights. 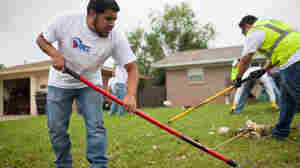 Mynor Sanchez, a resident of Moore, Okla., lives a few blocks away and three houses down from major destruction. He is volunteering Friday in the neighborhood with his church, Templo El Alabanza, trying to do any tasks with which residents need help. Katie Hayes Luke for NPR hide caption

'Part Of The Community': Latinos Rebuild After Okla. Tornado

May 26, 2013 • The heart of Tornado Alley is home to one of the fastest-growing Latino populations in the country. After last week's devastating twister, the community faces some unique challenges — including protecting vital documents and overcoming the fear of asking for help.

'Part Of The Community': Latinos Rebuild After Okla. Tornado 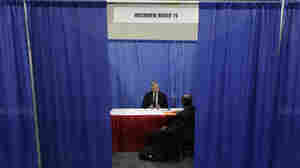 A man interviews for a job in Detroit. The unemployment rate for black Americans in Michigan was 18.7 percent in 2012, more that twice the rate for whites in the state. Paul Sancya/AP hide caption

Job Searching While Black: What's Behind The Unemployment Gap?

May 25, 2013 • Income and wealth inequality is just about as American as baseball and apple pie. And although the economy has improved in the last few years, the unemployment rate for black Americans is about double that for whites.

Job Searching While Black: What's Behind The Unemployment Gap? 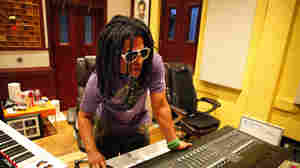 May 25, 2013 • The complex identities navigated by black Puerto Ricans play out in the music of hip-hop artist Tego Calderón and one of his inspirations, Ismael Rivera. 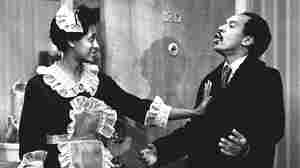 Actress Marla Gibbs (as maid Florence Johnston) and actor Sherman Hemsley (as her boss, George Jefferson), appear in an episode of The Jeffersons. CBS/Landov hide caption

May 24, 2013 • Many black women in the U.S. have or know someone who has done domestic work. With an expanding black middle class, some find themselves conflicted: To hire help or not? 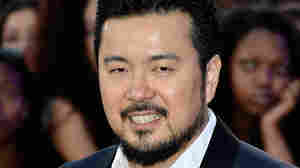 May 23, 2013 • Fast & Furious director Justin Lin is fighting stereotypes of Asians in Hollywood. But he doesn't want that fight to define him.

Where Did That Fried Chicken Stereotype Come From?

May 22, 2013 • Fried chicken is an old mainstay in racist depictions of blacks, and golfer Sergio Garcia's recent jab at rival Tiger Woods shows that the idea still holds traction. Why? 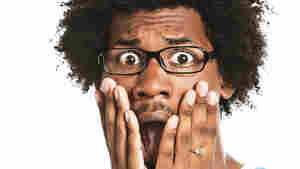 What's the most ridiculous question you've been asked, regardless of race or ethnicity? iStockphoto.com hide caption

What's The Most Ridiculous Question You've Been Asked?

May 22, 2013 • Some people are comfortable asking pretty bold questions about race. What are the most hilarious or outlandish questions you've been asked? 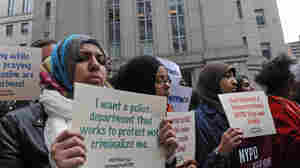 A crowd gathers at a press conference and rally in front of Manhattan federal court to vocalize their objection to the stop and frisk policy by the police Department Wednesday, March 27, 2013, in New York. The Center for Constitutional Rights has brought a lawsuit on behalf of four black plaintiffs who claim they were stopped by police because of their race. (AP Photo/ Louis Lanzano) Louis Lanzano/ASSOCIATED PRESS hide caption

May 21, 2013 • Critics of the NYPD policy say it's tantamount to racial profiling and does little to reduce crime. 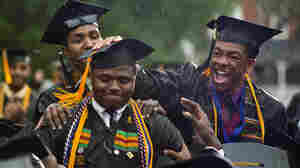 Obama's Shout-Out To A 'Morehouse Man'

May 21, 2013 • When President Obama spoke at Morehouse College, he singled out — and surprised — a graduate who had faced long odds. 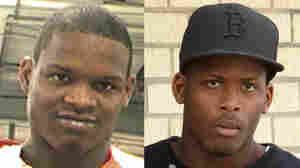 Who Becomes The Face Of A Horrific Attack?

May 21, 2013 • In the aftermath of horrible acts of violence, whose faces stick in our memory? Whose faces should?