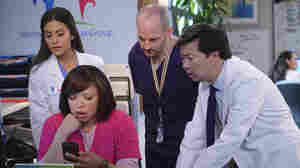 Racial Diversity Grows On Network Television, But Will Quality Lag Behind?

May 31, 2015 • Network TV's fall schedule has a lot of new shows with non-white stars and casts. But NPR television critic Eric Deggans wonders if those series will explore race and culture as well as current shows. 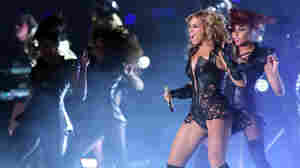 It's Friday. Enjoy This Video Of 'Single Ladies' Set To The DuckTales Theme Song 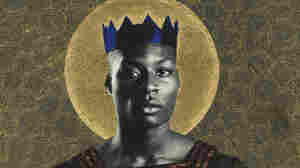 Not Your Mother's Catholic Frescoes: Radiant Portraits Of Queer People Of Color

May 28, 2015 • "Combing through mastheads and tables of contents for the names of writers who are not straight white men can make you feel crazy. And it is crazy that doing so is still necessary." 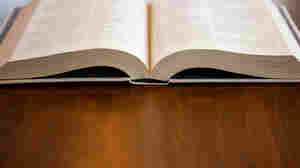 The Worst Kind Of Groundhog Day: Let's Talk (Again) About Diversity In Publishing

May 28, 2015 • As a writer and critic, I am not just bored with this conversation. I am sick of it. I have written these sentences before. I will write them again. 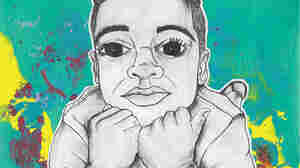 May 26, 2015 • The authors — who are black and queer — didn't see a lot of kids like them in children's books growing up. They wanted to help change that. 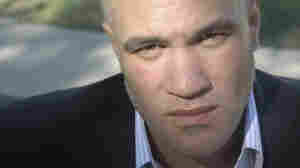 Novelist Mat Johnson Explores The 'Optical Illusion' Of Being Biracial

May 24, 2015 • Johnson, the son of an African-American mother and an Irish-American father, has just written Loving Day, a funny, sometimes absurd look at what it means to grow up mixed heritage in the U.S.

Novelist Mat Johnson Explores The 'Optical Illusion' Of Being Biracial 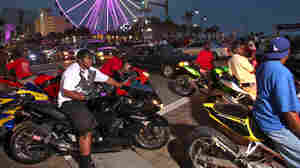 Motorcycles and cars battle for lanes along Ocean Blvd in Myrtle Beach, S.C., in May 2012. Randall Hill/Reuters/Landov hide caption

May 22, 2015 • A pair of motorcycle rallies in Myrtle Beach, S.C. — one black, one white — tell us a lot about who gets the benefit of the doubt when it comes to biker culture. 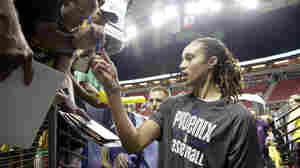 Phoenix Mercury's Brittney Griner stops to sign autographs for fans before a WNBA basketball game against the Seattle Storm in 2013 in Seattle. Elaine Thompson/AP hide caption

What Anti-Domestic Violence Advocates Are Saying About The WNBA Suspensions

May 21, 2015 • The league handed seven-game suspensions to stars Brittney Griner and Glory Johnson after their arrests for domestic violence. The unprecedented penalties came just a week after the couple's wedding. 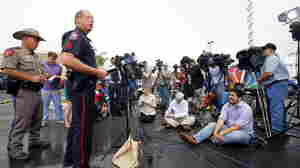 Sgt. Patrick Swanton of the Waco Police Department speaks to the media as Texas Department of Public Safety Trooper D.L. Wilson (left) stands near a Twin Peaks restaurant where nine members of a motorcycle gang were shot and killed in Waco, Texas, on Tuesday. Mike Stone/Reuters/Landov hide caption

On 'Menace II Society' And 'Easy Rider': Why All The Talk On Bikers And Thugs Matters

May 21, 2015 • Many have contrasted media treatment of bikers in the Waco shootout with its treatment of black protesters. Charles Blow says this speaks to an underlying fear "of the otherness of blackness." 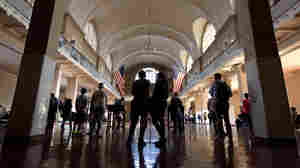 Tourists meander through the Great Hall in the Ellis Island National Immigration Museum. A new exhibition at the museum tells stories of immigrants who have come as recently as the start of this century. Julie Jacobson/AP hide caption

For New Immigrants To The U.S., Ellis Island Still Means A Lot

May 20, 2015 • Twelve million immigrants passed through Ellis Island before it closed as an inspection station in 1954. The museum is expanding to tell the history of immigration to the U.S. in more recent decades.

For New Immigrants To The U.S., Ellis Island Still Means A Lot 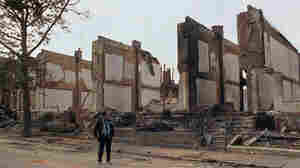 A policeman stands guard on Pine Street in West Philadelphia near the remains of 61 row houses days after they were destroyed by fire on May 13, 1985, when police dropped explosives into a house occupied by members of the radical group MOVE. George Widman/AP hide caption

Why Have So Many People Never Heard Of The MOVE Bombing?

May 18, 2015 • A common reader response to our look back at the shocking 1985 bombing of the MOVE compound in West Philadelphia: "Never heard of it." 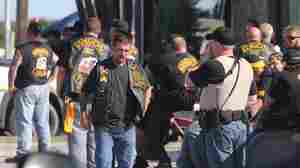 Officers investigate a shooting in the parking lot of the Twin Peaks restaurant in Waco, Texas, on Sunday. Jerry Larson/AP hide caption

Here's What People Are Saying About The Waco Shootout And Race 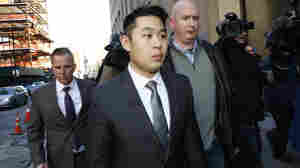 NYPD Officer Peter Liang arrives at Kings County Supreme Court in Brooklyn, N.Y., after being indicted for the fatal shooting of an unarmed man while patrolling the darkened stairwell of a Brooklyn housing project last November. Shannon Stapleton/Reuters/Landov hide caption

May 14, 2015 • NYPD officer Peter Liang has been indicted for the death of Akai Gurley. Some in the Asian-American community support holding Liang accountable; others say he is being scapegoated because of his race. 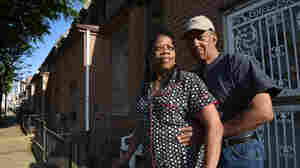