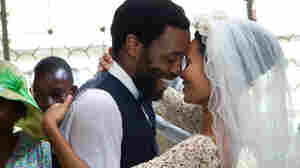 Chimamanda Ngozi Adichie's novel Half of a Yellow Sun, one of the films to premiere in Toronto this year, is part of a new wave of films with roots in Britain about the black experience. TIFF hide caption

September 30, 2013 • Steve McQueen's 12 Years A Slave was one of several films premiering at this year's Toronto International Film Festival. Black British filmmaking is on the rise. 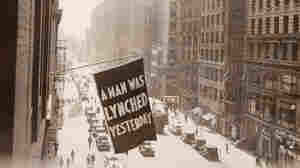 It's estimated that 4,743 Americans were lynched between 1882 and 1968. A large majority of those victims were black. Library of Congress hide caption

Tracing The Story Of 'Lynch Mob'

September 30, 2013 • Last week, the CEO of AIG invoked the phrase "lynch mob" to compare the vitriolic reaction his company received about its employees' 2009 bonuses. Lynching was so common that a writer even referred to it being as "American as apple pie." 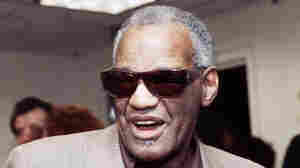 Studying How The Blind Perceive Race

September 29, 2013 • Social practices train us to see and experience race in certain ways, regardless of whether we are sighted or not, according to a professor from the University of California, Hastings College of the Law. 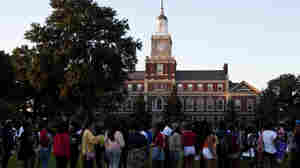 Students and alumni line up at Howard University in Washington, D.C., before August's commemoration of the 50th anniversary of the March on Washington. Nathaniel Grann/The Washington Post/Getty Images hide caption

September 26, 2013 • Borrowing money from the government to pay for college has become tougher in the past few years. Stricter lending guidelines for federal PLUS loans have forced many students to drop out of historically black colleges and universities around the country. 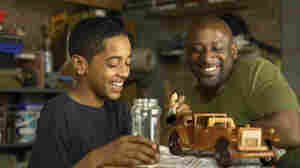 "Nice job on the model car, son. But remember it has to be twice as good. Start over." iStockphoto hide caption

What Parents Tell Their Kids About Race

September 26, 2013 • Like so much of the advice that parents give to their children, conversations about race can be pretty instructive about the values parents hold most dear. And like so much other parental advice, kids are often keen to reject it outright or remix it for themselves.

Gutiérrez wrote When Jesus Came the Corn Mothers Went Away during his time as a MacArthur fellow. The University of Chicago hide caption

toggle caption
The University of Chicago

September 26, 2013 • This year's class of MacArthur fellows was announced Wednesday. Ramón Gutiérrez, a leading historian in Chicano studies, was a fellow in 1983. He shares the research in his field fascinates him most. 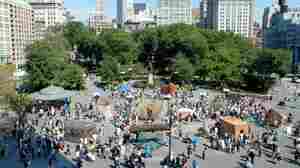 September 25, 2013 • What happens when you ask architects to re-imagine a structure mandated by the Jewish holy book? A freaking cool cultural piece of art, that's what. 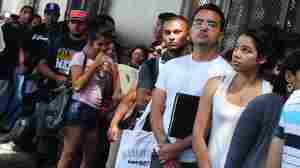 Young people stand in line in Los Angeles to apply for the Deferred Action for Childhood Arrivals program, which allows qualified immigrants who entered the U.S. illegally as children to study or work openly. Frederic J. Brown/AFP/Getty Images hide caption

After Drop, Number Of Immigrants Illegally In U.S. Levels Off

September 23, 2013 • About 11 million immigrants are living illegally in the U.S., according to a new estimate by the Pew Research Center. The number of unauthorized immigrants has stalled since the end of the recession, after dropping from a record high of 12.2 million in 2007. 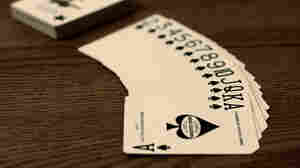 So where did the phrase "call a spade a spade" come from? andrewasmith/via Flickr hide caption

Is It Racist To 'Call A Spade A Spade'?

September 23, 2013 • For almost half a millennium, the phrase "call a spade a spade" has served as a demand to "tell it like it is." It is only in the past century that the expression began to acquire a negative, racial overtone. 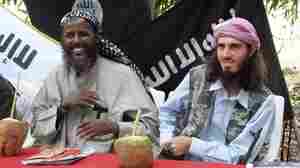 The Last Tweets From An American Jihadist In Somalia

September 22, 2013 • Omar Hammami was a bright Alabama kid who turned into a self-described terrorist in Somalia. In the months preceding Hammami's sudden death, journalist J.M. Berger struck up a conversation with him on Twitter.

The Last Tweets From An American Jihadist In Somalia

What Did Your Parents Tell You About Race?

September 21, 2013 • Talking about race is hard, and it's even harder to do so with kids. We're asking readers and people on Twitter how race was discussed in their homes when they were growing up. The stories we've gotten so far have been candid and complicated. 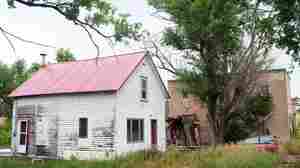 Craig Cobb's house on Main Street in Leith, N.D., where he spends his days posting online comments advocating for white supremacists to join his settlement. Cobb, a self-described white supremacist, has invited fellow white separatists to help him transform the town into a white enclave. Kevin Cederstrom/AP hide caption

September 20, 2013 • Leith, N.D.'s residents want to keep control of their town out of the hands of white supremacists. 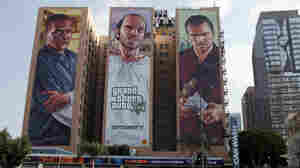 September 20, 2013 • If the mega-selling game wasn't packed with little thrills like stumbling on an old jam, its often ugly treatment of people of color and women might be harder to stomach. 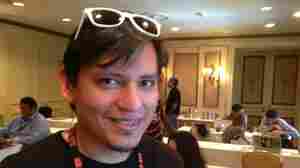 Oscar Torres is leading a group of young entrepreneurs and computer programmers in their first Hackathon. Davar Ardalan hide caption

Tell Me More: Dispatches From #Latism

by TELL ME MORE STAFF

September 20, 2013 • Hundreds of bloggers and coders are in NYC this week at the Latinos in Tech Innovation & Social Media #LATISM conference. Here are some dispatches from Tell Me More's Davar Ardalan. 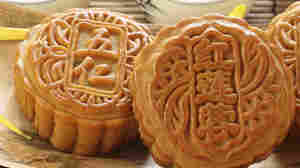 Mooncake fillings are almost always sweet, and can be made with different nuts, seeds or beans. iStockphoto.com hide caption

September 19, 2013 • Today is the annual Mid-Autumn Festival, a popular Chinese holiday where families typically gather to light lanterns and eat mooncakes. We take a look at some of the myths around the pastry's origins.