January 31, 2015 • NPR's Scott Simon speaks with senior Washington editor Ron Elving about the narrowing Republican presidential field for 2016 and what we've seen so far in the first month of the new Congress.

January 30, 2015 • Some states are experiencing major budget deficits and several Republican governors are opting to increase taxes to make up for the shortfall. Michigan Gov. Rick Snyder talks to Robert Siegel.

January 30, 2015 • Melissa Block talks to regular political commentators E.J. Dionne of The Washington Post and Brookings Institution and David Brooks of The New York Times. They discuss Mitt Romney's decision to not run for president in 2016, the Koch brothers' plan to spend nearly $900 million dollars on campaigns and next week's budget proposal.

January 30, 2015 • After flirting with a third run for president, Mitt Romney now says he won't run in 2016. What does that mean for the rest of the GOP field? 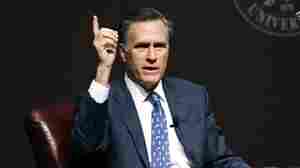 Mitt Romney, the former Massachusetts governor who has made two previous bids for the presidency, says he will not run in 2016. Rogelio V. Solis/AP hide caption

January 30, 2015 • "I've decided it is best to give other leaders in the party the opportunity to become our next nominee," Romney said in a statement to supporters, according to multiple news reports.

January 30, 2015 • In considering whether to launch a presidential campaign, former Sen. Jim Webb of Virginia tells Steve Inskeep his big challenge would be raising money to promote his ideas. 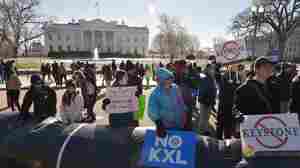 President Obama has said he will veto the Keystone XL pipeline project, which passed in the Senate on Wednesday. Historically, political scientists say, 90 percent of veto threats are issued behind the scenes, but Obama has issued nine veto threats so far — in public. Mandel Ngan/AFP/Getty Images hide caption

4 Reasons Why It's Veto Season At The White House

January 30, 2015 • In his first six years in office, President Obama issued just two vetoes, the fewest of any president going all the way back to James Garfield. But that's about to change.

4 Reasons Why It's Veto Season At The White House

Guantanamo Bay A Sticking Point Between U.S., Cuba Since 1903

Guantanamo Bay A Sticking Point Between U.S., Cuba Since 1903 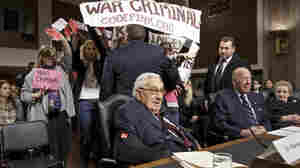 January 29, 2015 • The anti-war demonstrators were shouting at former Secretary of State Henry Kissinger, who was attending a Senate Armed Services Committee hearing on global security challenges. 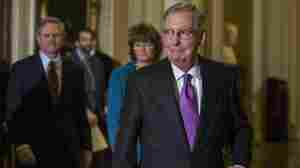 January 29, 2015 • Nine Democrats joined 53 Republicans to pass the measure, which must be reconciled with a version passed by the House. The Senate vote is also not enough to override a threatened presidential veto. 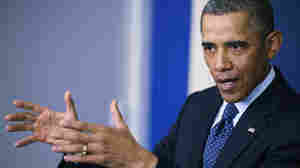 Obama's Budget Would Undo Broad, Automatic Cuts Made In 2013

January 29, 2015 • The across-the-board spending cuts, known as the sequester, reduced defense and domestic budgets by hundreds of millions each. Republicans are expected to fiercely defend that plan.

January 29, 2015 • Loretta Lynch faced questioning from senators in her bid for confirmation. Republicans used the opportunity to criticize the president's executive actions on immigration and Eric Holder's record. 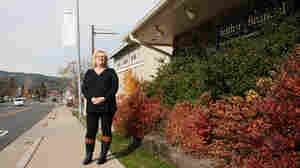 Lori Lomas, an insurance agent with Feather Financial in Quincy, Calif., has noticed that her clients in San Francisco have many more health carrier options than her mountain neighbors. Pauline Bartolone for KXJZ hide caption

January 29, 2015 • When Blue Shield of California stopped selling individual health policies in many zip codes in 2014, even insurance agents were surprised. Blue Shield says it dropped out to keep premiums low. 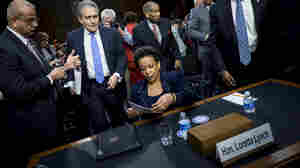 Loretta Lynch, U.S. attorney for the Eastern District of New York, leaves for a lunch break during a daylong Senate Judiciary Committee hearing on her nomination to be U.S. attorney general. Pete Marovich/UPI/Landov hide caption

AG Nominee Lynch Says She Differs From Obama On Marijuana

January 28, 2015 • The moment contrasted with other exchanges between Lynch and members of the Senate Judiciary Committee, such as when she defended Obama's right to take executive action on immigration rules.