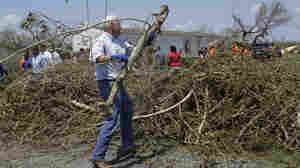 August 31, 2017 • The White House says the president is seeking input from the press corps to as to where the money should go. Meanwhile, the vice president was in Texas lending a hand to the recovery effort.

Trump Plans To Announce Decision On Future Of DACA Program

August 31, 2017 • President Trump could make a decision soon on whether to extend or scrap DACA, the Obama-era program for people who were brought into the country illegally as children that protects them from deportation.

Trump Plans To Announce Decision On Future Of DACA Program

August 31, 2017 • Michael Cohen offers a point-by-point response to the allegations in an explosive but unverified dossier alleging ties between the Trump camp and Russia. 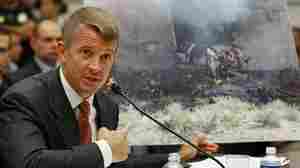 August 31, 2017 • In a recent series of television interviews and op-eds, Prince has waged an active public campaign for his plan to reshape the war in Afghanistan.

August 31, 2017 • Rachel Martin talks to Stephen Moore of the Heritage Foundation about President Trump's push to overhaul the nation's tax system. The plan was largely short on specifics.

August 31, 2017 • Chief U.S. District Judge Orlando Garcia ruled Wednesday that Texas officials may not implement Senate Bill 4, a controversial measure designed to crack down on sanctuary cities in that state. 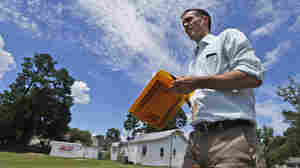 Shut Out Of Power In D.C., Democrats Try To Make Inroads In Virginia This Fall

August 31, 2017 • Elections in Virginia this fall are the first big test for state-level Democrats in the Trump era and whether they can use the president's unpopularity to gain ground in the state legislature.

Shut Out Of Power In D.C., Democrats Try To Make Inroads In Virginia This Fall 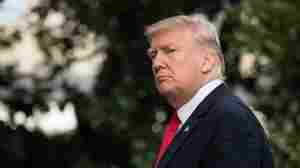 President Trump walks to the White House on Wednesday upon his return from Springfield, Mo., where he delivered a speech about tax policy. Nicholas Kamm/AFP/Getty Images hide caption

Trump Gives Congress An Olive Branch With Tax Pitch, But Will It Last?

August 31, 2017 • In Missouri on Wednesday, the president stated his commitment to working with Congress on taxes. Trump's comments follow his recent public criticism of fellow Republicans. 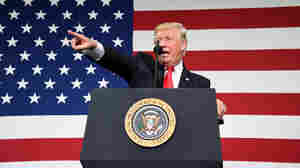 August 30, 2017 • Without revealing any particulars, the president pitched his ideas for a tax code overhaul on Wednesday. Here are four claims he made and how close to correct he was on all of them. Workers begin repairs to a wall that was lost in the wake of Hurricane Harvey on Wednesday in Rockport, Texas. Most insurance policies don't cover flooding damage. Eric Gay/AP hide caption

August 30, 2017 • Congress is widely expected to approve billions in aid for flood-stricken areas, but it may take awhile to arrive. 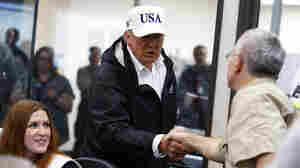 August 30, 2017 • The president's re-election campaign will sell you Trump's USA hat in white, red or camouflage for $40. 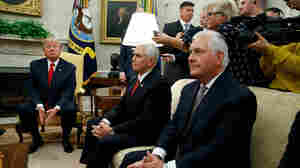 President Donald Trump, joined by Vice President Mike Pence and Secretary of State Rex Tillerson, listens to a question during a meeting with Finnish President Sauli Niinisto in the Oval Office on Monday. Tillerson, when asked Sunday whether Trump's response to violence in Charlottesville, Va., represented American values, said that "the president speaks for himself." Evan Vucci/AP hide caption

Are Trump's Foreign Policy Stumbles First-Year Growing Pains Or A Reason For Worry?

August 30, 2017 • University of Virginia historians say tumult isn't unexpected in the first year of a new administration. But there are questions about whether the Trump administration is prepared to handle crises.

Are Trump's Foreign Policy Stumbles First-Year Growing Pains Or A Reason For Worry? 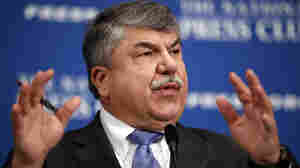 August 30, 2017 • Speaking to journalists Wednesday, the president of the AFL-CIO described two warring factions in the White House, both seeking to influence the president — and each with drawbacks, in his view.

August 30, 2017 • President Trump kicks off an administration push on a tax overhaul with an event in Missouri. But the specifics of his plan are hard to come by.