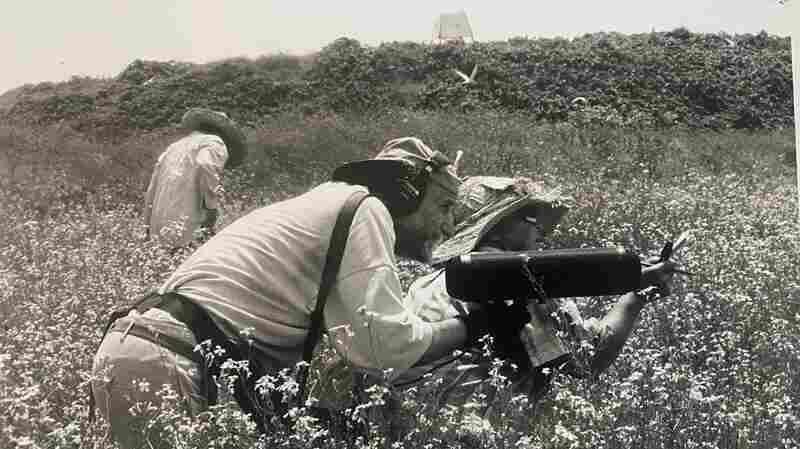 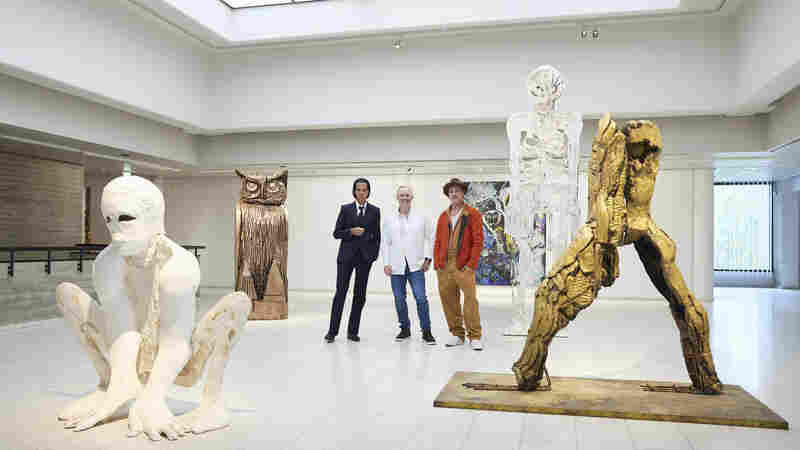 September 20, 2022 • Art works by the American actor and Australian musician are featured in an exhibition of sculptures and ceramics. Both acknowledged being excited and nervous about presenting their art in public. 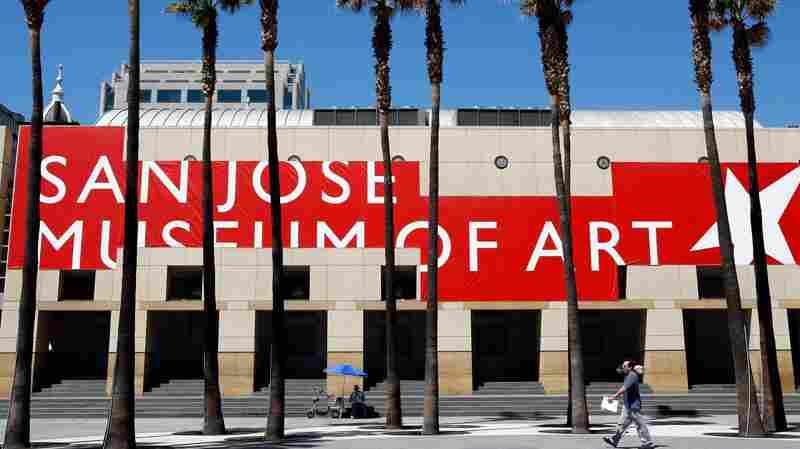 It's Museum Day. Here's how to get free tickets and have some fun

September 17, 2022 • The annual Museum Day has arrived. Visitors can get free admission to one of the hundreds of participating institutions in the U.S. All it takes is an email address and the desire to have some fun. 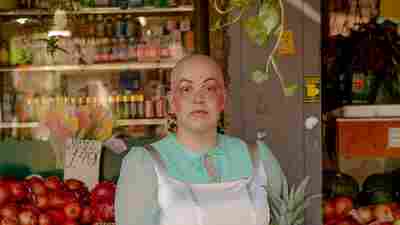 Left: "You can feel the stares. Yes, I'm here, I'm bald, and I exist. What about it?" Faith Williams Right: "This journey takes you through radical acceptance. You're going outside, showing your true self. I am not hiding." Jennifer Gadosky Paris Benson hide caption 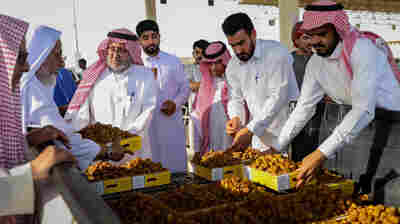 Boxes of dates are auctioned off by the tens of kilos at the Buraydah Date Festival in Buraydah, Saudi Arabia, on Aug. 3, 2022. Tasneem Alsultan hide caption

Get a peek inside this Saudi Arabian date festival 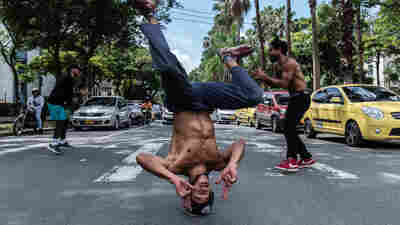 Heber López, 29, makes a 'head spin' at a traffic light in the south of Cali during a presentation to gain money, on February 24, 2022. Jair Fernando Coll Rubiano hide caption 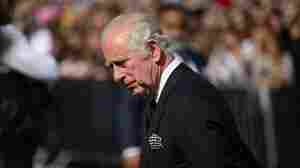 Who needs the monarchy? Plus, why gray floors and barn doors are everywhere

September 16, 2022 • King Charles III doesn't enjoy the same popularity as his mother. In the face of mixed feelings towards the new king, some are asking: Is this the beginning of the end of the British monarchy? Guest host Elise Hu talks to Dr. Shola Mos-Shogbamimu, lawyer, activist and author of This Is Why I Resist about this new era for the British royals, the power they hold and the potential opportunities for the new monarch.

Who needs the monarchy? Plus, why gray floors and barn doors are everywhere 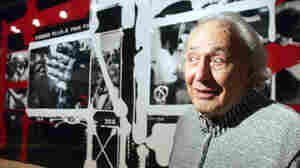 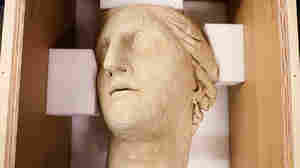 The Marble Head of Athena, from 200 B.C.E. and which was looted from a temple in central Italy, is displayed during a news conference and repatriation ceremony of stolen antiquities to Italy, in New York City. Brendan McDermid/Reuters hide caption

September 10, 2022 • The antiquities hailed from Italy and Egypt, and were returned after the Manhattan District Attorney enacted search warrants. 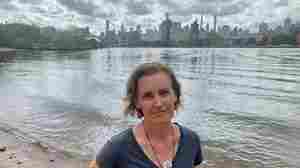 Sarah Cameron Sunde will produce the finale to her "36.5: A Durational Performance with the Sea" on Sept. 14 in New York City. Matthew Schuerman/NPR hide caption 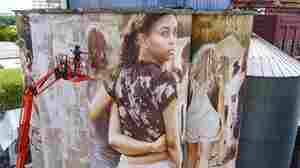 A Texas town gets its portrait on a silo

September 6, 2022 • Australian artist Guido Van Helten is known for his large-scale murals, often painted on abandoned industrial sites. Now he's telling the stories of McKinney, Texas, on the sides of its grain silos.

A Texas town gets its portrait on a silo 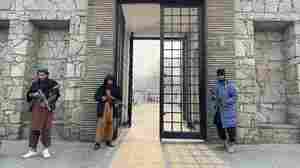 Taliban guards stand at the entrance of the National Museum of Afghanistan after it reopened under Taliban control in Kabul in December. Mustafa Melih Ahishali/Anadolu Agency via Getty Images hide caption

The Taliban now guard Afghanistan's National Museum, where they once smashed objects

September 1, 2022 • When the Taliban returned to power, cultural heritage advocates worried history might repeat itself and the group would destroy objects it found offensive. The museum is open now but has few visitors.

The Taliban now guard Afghanistan's National Museum, where they once smashed objects 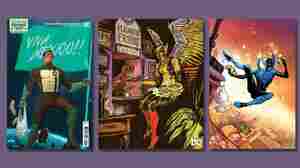 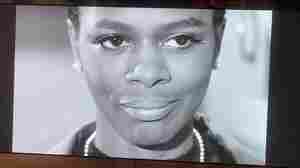 August 21, 2022 • "Regeneration" examines 73 years of film history, from the silent movie days to the rise of the Blaxploitation era. 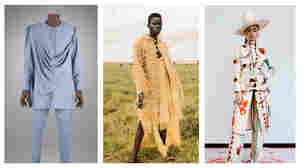 The blue dashiki (left) is from the Rwandan design studio Moshions and first appeared on a Kigali catwalk 5 years ago. Center: an outfit from womenswear brand IAMISIGO led by Kenya's Bubu Ogisi. Right: An outfit from Thebe Magugu out of Johannesburg, South Africa. These are 3 of the garments starring in the new "Africa Fashion" exhibit at London's Victoria and Albert Museum. Victoria and Albert Museum/Maganga Mwagogo/Tatenda Chidora hide caption

August 20, 2022 • A new exhibit at Victoria and Albert Museum corrects the misperception that high fashion belongs to Western designers. The fierce garments attest to the motto of a Ghanaian: "West is not always best." 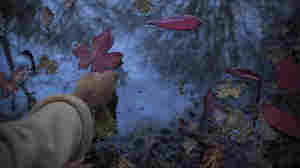 Are you a bittersweet person? Take this quiz — then discover the power of sadness

August 15, 2022 • In the U.S., there's a relentless focus on positivity. But as we all know, with life comes death — and with happiness, sadness. Susan Cain, author of Bittersweet: How Sorrow and Longing Make Us Whole, opens our eyes to the transformative power of melancholy.

Are you a bittersweet person? Take this quiz — then discover the power of sadness 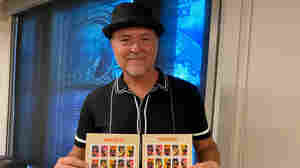 Rafael López poses with his mariachi stamps in a classroom at the Smithsonian's National Postal Museum. The set was launched in August. Gabriel J. Sánchez/NPR hide caption

For the first time, the Postal Service features mariachi musicians on stamps

August 14, 2022 • Artist Rafael López used his upbringing in Mexico City for inspiration. It took two years of development before the set launched, and each stamp will carry on a cultural legacy forever.

For the first time, the Postal Service features mariachi musicians on stamps 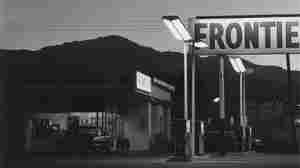 Art Where You're At

August 12, 2022 • Robert Adams' obsession with the decay and beauty of the American landscape is on display at the National Gallery's exhibition "American Silence: The Photographs of Robert Adams." 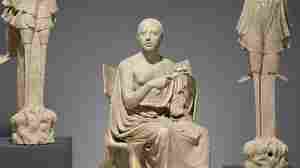 August 12, 2022 • The museum says it will return a nearly life-size group of Greek terra-cotta sculptures known as "Orpheus and the Sirens," believed to date from the fourth century B.C. 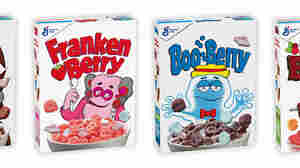 General Mills' classic Monster Cereals are back with a reimagined look

August 11, 2022 • Artist KAWS has designed boxes — and collectible prizes — for Franken Berry, Count Chocula, Boo Berry and Frute Brute, which are back for General Mills' seasonal release of Monster Cereals. 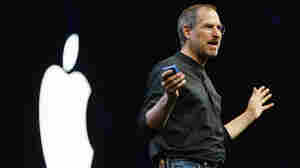 Steve Jobs, then CEO of Apple, delivers the keynote address at the Worldwide Developers Conference in 2003 in San Francisco. Jobs created a personal uniform for himself that featured a black turtleneck from Japanese designer Issey Miyake. Justin Sullivan/Getty Images hide caption

August 10, 2022 • Before Jobs adopted his classic black turtleneck, he approached Japanese designer Issey Miyake to see if he could create a uniform for Apple employees. But company employees were not fans. 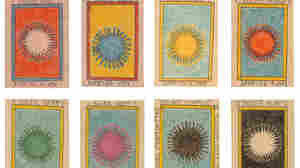 Vision divine du 11 Mars 1948, is a series of eight drawings by Ivoirian artist Frédéric Bruly Bouabré. They depict a vision that Bouabré said he experienced that year: "seven colored suns" creating a "circle of beauty around their 'mother-sun.' " This piece and other works from Bouabré are part of an exhibition at The Museum of Modern Art. The Museum of Modern Art hide caption

August 9, 2022 • The Museum of Modern Art shows the colorful works of Frédéric Bruly Bouabré, a prolific artist from the Ivory Coast who documented his Bété culture — and even created a pictograph language. 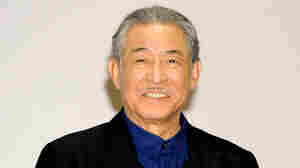 Issey Miyake is shown at the National Art Center in Tokyo on March 15, 2016. AP hide caption

August 9, 2022 • Miyake defined an era in Japan's modern history, reaching stardom in the 1970s with his origami-like pleats that transformed usually crass polyester into chic. 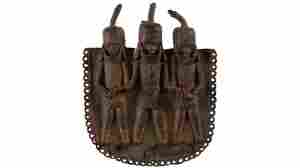 The Horniman Museum's collection of artifacts from the ancient kingdom of Benin includes 12 brass plaques, ceremonial objects and a key 'to the king's palace'. Horniman Museums and Gardens hide caption

August 7, 2022 • The Horniman Museum promised to repatriate a trove of artifacts, which include objects known as Benin bronzes, looted from West Africa during a British military invasion in 1897. 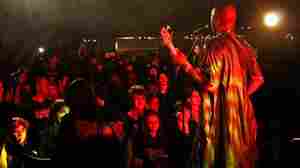 'Scream for Me, Africa!': How the continent is reinventing heavy metal music

August 7, 2022 • Africa's metalheads have a bold vision. We talk to Edward Banchs, author of a new book about Africa's metal scene, and to a heavy metal singer in Botswana known as "Vulture." 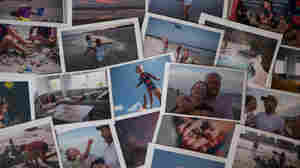 Harlan shares a collage of images from a family beach trip. She knew she wanted photos of a sandcastle, her family at the beach at dusk, downtime at the house and the cousins playing together in the pool. Creating a "shot list" in advance of images she hoped to capture helped her "leave her trip with no regrets," she says. Photo Illustration by Becky Harlan/NPR hide caption

How to take better (and more distinctive) photos on vacation

August 4, 2022 • When your smartphone can hold thousands of photos, it's tempting to snap away. But that approach may not actually help you capture the best moments. These tips on creating stunning images will help you more meaningfully document your trips.

How to take better (and more distinctive) photos on vacation 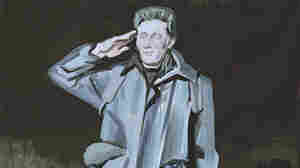 The Ukrainian women who make art in the face of war

August 2, 2022 • Activists as well as artists, these women are responding in paint, photographs and videos to the Russian invasion.

The Ukrainian women who make art in the face of war