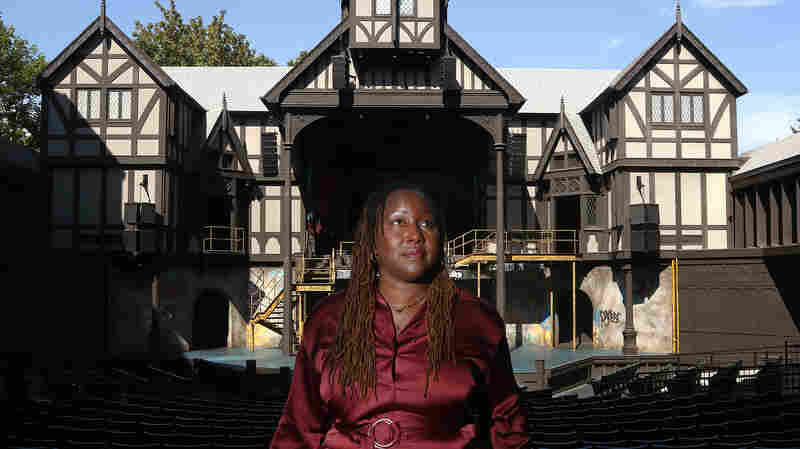 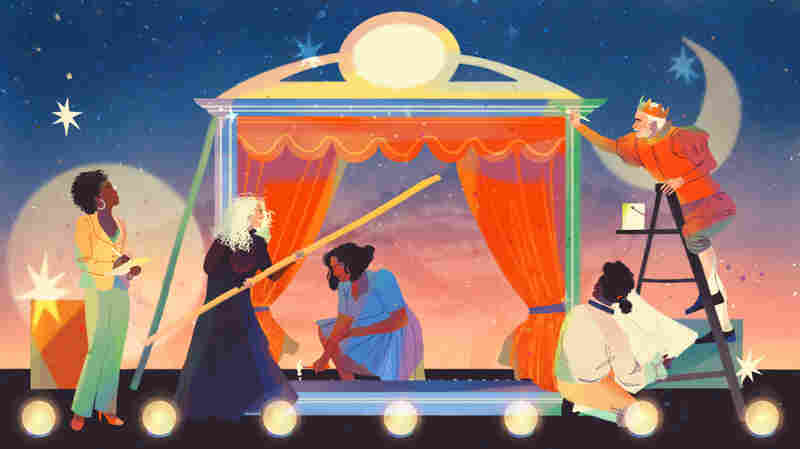 To mark the 75th anniversary of this uniquely American cultural movement, NPR is traveling across the country for a look forward in our series "The Next Stage." Kristen Uroda for NPR hide caption

Across the U.S., regional theaters are starting to transform. Here's why

September 21, 2022 • In the first of our six-part series, NPR's Bob Mondello explains how the theater that most Americans see is being transformed.

Across the U.S., regional theaters are starting to transform. Here's why 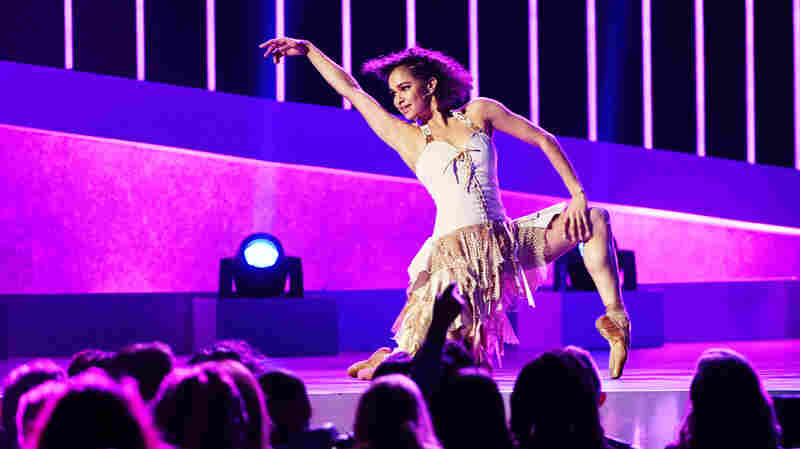 September 17, 2022 • The Be Bold initiative will be based in New York City. The goal is to teach children ages 8-10 about the basics of ballet and offer other tutoring. 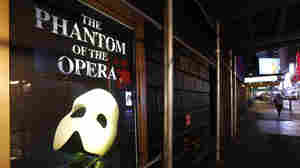 A poster advertising "The Phantom of the Opera" is displayed on the shuttered Majestic Theatre in New York on March 12, 2020. Broadway's longest-running show is scheduled to close in February 2023. Kathy Willens/AP hide caption

'The Phantom of the Opera,' Broadway's longest-running show, will close next year 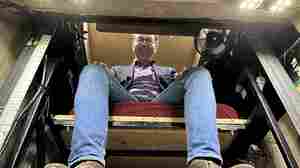 The hidden world of an opera prompter

September 14, 2022 • One of the world's greatest living composers, John Adams, has a new opera, and the prompter keeps Anthony and Cleopatra from flying off the rails.

The hidden world of an opera prompter 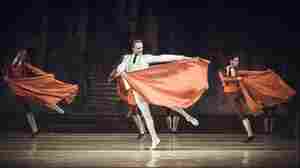 Ukrainian ballet dancer Oleksandr Shapoval is killed on the battlefield

September 13, 2022 • The 47-year old Shapoval volunteered to fight after Russia invaded Ukraine. His unit was recently sent to one of "the hottest zones" in the country, according to The National Opera of Ukraine.

Ukrainian ballet dancer Oleksandr Shapoval is killed on the battlefield 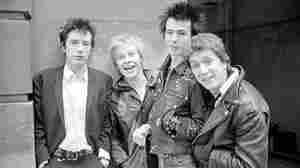 British pop music has a fraught relationship with Queen Elizabeth

September 11, 2022 • Since the 1970s, the UK's punk, alternative and hip-hop artists have used music to share their feelings about the late monarch and what she represents.

British pop music has a fraught relationship with Queen Elizabeth 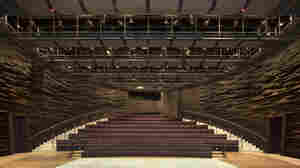 'My Body No Choice' — Arena Stage advocates for reproductive rights

September 8, 2022 • On the eve of the 2022 election, Arena Stage presents monologues on the theme of choice by eight female playwrights. The show runs for 18 performances and tickets are $18, a nod to the US voting age.

Hear all of Lee Cataluna’s monologue, “Things My Mother Told Me” 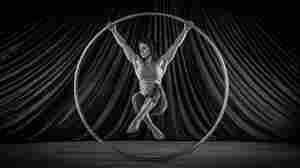 Short Wave Goes To The Circus

September 8, 2022 • Julia Ruth has a pretty cool job: it takes a lot of strength, a lot of balance, and a surprising amount of physics.

Short Wave Goes To The Circus 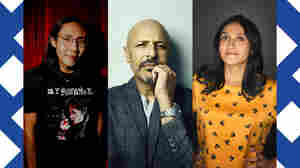 What makes a good race joke?

August 24, 2022 • When a comedian of color makes a joke, is it always about race, even if it's not about race? In part two of our comedians episodes, Code Switch talks to comedians Aparna Nancherla, Brian Bahe and Maz Jobrani about how and why race makes an appearance in their jokes.

What makes a good race joke? 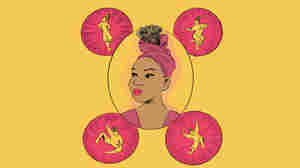 COMIC: Finding my voice through dance

August 19, 2022 • For Camille A. Brown, choreography unlocked a new way to understand her power as a dancer, and to celebrate her creative identity. 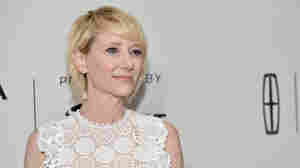 Heche suffered burns and an inhalation injury after she crashed her car earlier this month. Mike Coppola/Getty Images hide caption

August 18, 2022 • According to the the LA County Coroner's report, the cause was inhalation and thermal injuries. The actor died on Sunday, after she crashed her car earlier this month. 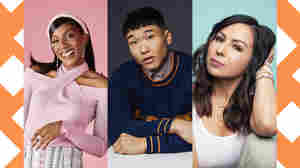 August 17, 2022 • What makes a great joke about race? In the first of two episodes, Code Switch talks to comedians Ziwe, Anjelah Johnson-Reyes and Joel Kim Booster about their favorite race joke they tell: What's its origin story? Why is it so funny? And what does it say about race in America? 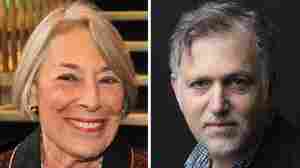 Published 8 years after her death, Mary Rodgers' memoir is a true tell-all book

August 11, 2022 • Rodgers, the daughter of theatrical legend Richard Rogers, was a songwriter, children's book author and philanthropist. Her memoir, Shy: The Alarmingly Outspoken Memoirs of Mary Rodgers, is out now.

Published 8 years after her death, Mary Rodgers' memoir is a true tell-all book 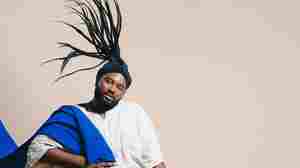 July 30, 2022 • Musician and artist Tunde Olaniran is a rising star from Flint, Michigan whose exuberant work comments on serious issues such as environmental injustice and the carceral state. 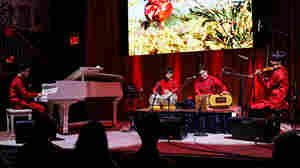 The Heart of Afghanistan project is Ahmad Fanoos on vocals & harmonium, his sons Elham on piano and Mehran on violin, with Hamid Habibzada on tabla. Sachyn Mital/Sachyn Mital hide caption

Thousands of Afghan artists are still trying to flee the Taliban

July 29, 2022 • A family of Afghan musicians in the U.S. wants to raise awareness about their plight.

Thousands of Afghan artists are still trying to flee the Taliban 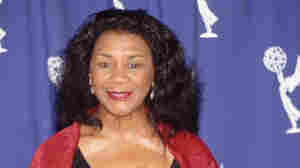 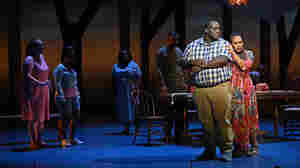 Patience (Talise Trevigne, right) comforts Castor (Reginald Smith Jr.) after his breakdown over the crush of dept and his search for a solution as other family members look on. Philip Groshong/Cincinnati Opera hide caption

July 26, 2022 • Cousins struggle with debts and may have to sell property long held by their family in a work created by former poet laureate and Pulitzer Prize winner Tracy K. Smith and composer Gregory Spears. 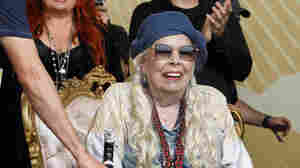 July 26, 2022 • The iconic singer-songwriter wasn't able to walk or talk after a brain aneurysm in 2015. Dr. Anthony Wang, a neurosurgeon, explains the challenges she faced as a musician and her remarkable comeback. 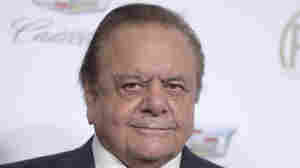 July 25, 2022 • Specializing in playing cops and crooks, Sorvino was a mainstay in films and television. 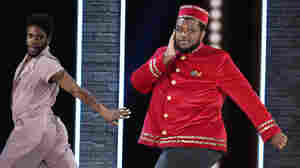 Jaquel Spivey and the cast of "A Strange Loop" perform at the 75th annual Tony Awards on June 12 at Radio City Music Hall in New York. Charles Sykes/Invision/AP hide caption

What's making us happy: A guide to your weekend reading, listening and viewing 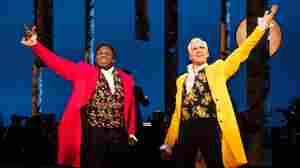 'Into the Woods' returns to Broadway

July 22, 2022 • A concert version of Stephen Sondheim's Into the Woods stars Sara Bareilles, Brian d'Arcy James, Joshua Henry and others.

'Into the Woods' returns to Broadway 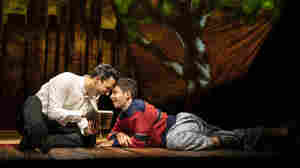 'The Kite Runner' brings life in Afghanistan to Broadway

July 20, 2022 • The play is based on Khaled Hosseini's 2003 best-selling novel, set in Afghanistan and among Afghan migrants in the United States.

'The Kite Runner' brings life in Afghanistan to Broadway