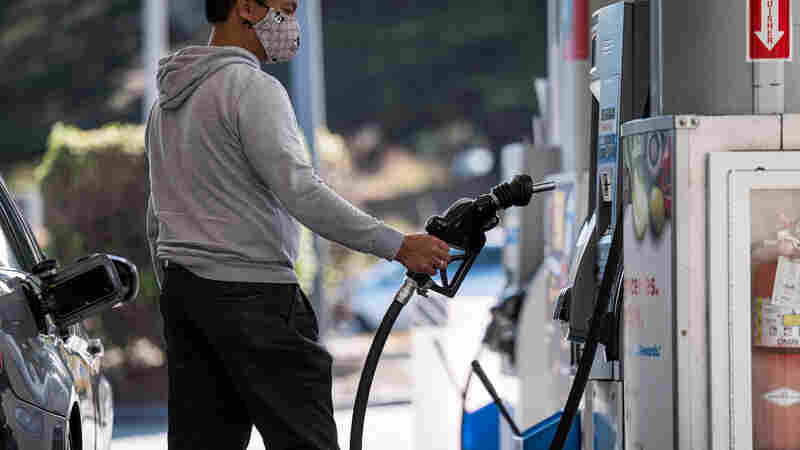 September 25, 2020 • Cardiff and Stacey answer some listener questions about the rebounding demand for gas, the rise of contactless payments, and how wages have changed for low-income workers over the past few years. 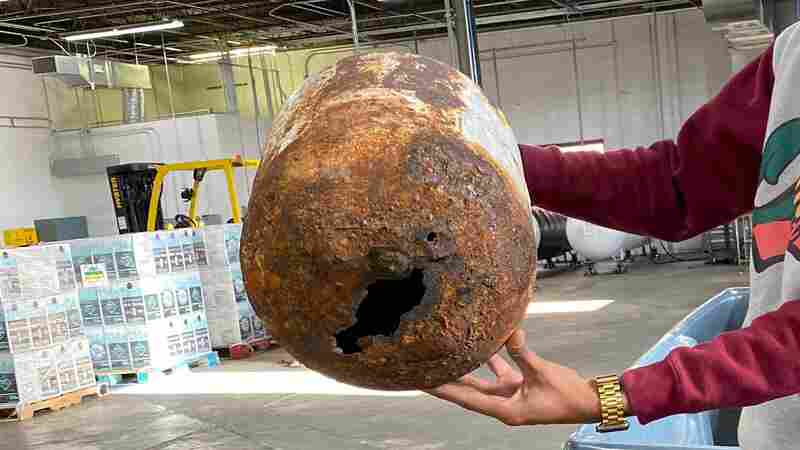 Sell Me Your Climate Bombs

September 25, 2020 • There are tanks all over the U.S. that are like little climate change time bombs, ticking away. Today on the show, getting to them before they go off. | Subscribe to our weekly newsletter here.

Sell Me Your Climate Bombs 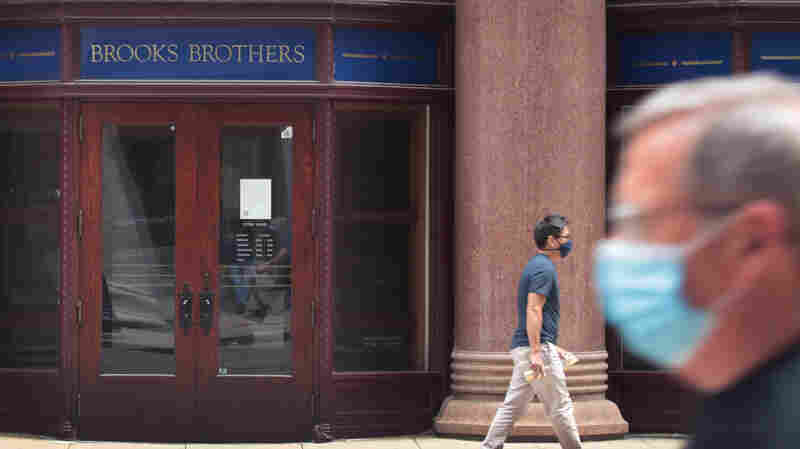 Jesus Gonzalez of Lexington, Ky., has been struggling to make ends meet after the $600 per week in extra federal unemployment benefits ran out. Stacy Kranitz for NPR hide caption

'Desperation And Fear' For Millions With Congress Deadlocked Over Pandemic Assistance

September 24, 2020 • Federal unemployment money has been cut off for nearly two months. Congress hasn't worked out a deal to send more help, and the fight over a Supreme Court nominee could make that harder.

'Desperation And Fear' For Millions With Congress Deadlocked Over Pandemic Assistance 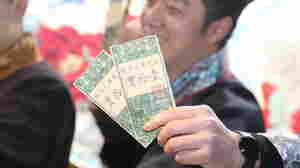 The Invention Of Paper Money

September 23, 2020 • Paper currency has become standard around the world, but that wasn't always the case. Planet Money host Jacob Goldstein tells the story of how paper money came to be — and why it temporarily went away.

The Invention Of Paper Money 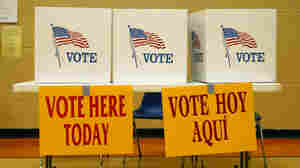 September 23, 2020 • The result of national elections is shaped in a big and underappreciated way by very local elections. This is the story of the man who shaped many, many local elections to tip the national scales. | Subscribe to our weekly newsletter here. 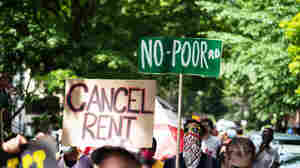 Demonstrators march in Chicago's Old Town neighborhood in June to demand a lifting of the Illinois rent control ban and a cancellation of rent and mortgage payments. The pandemic's financial pressures are causing many Americans to struggle with rent payments. Max Herman/NurPhoto via Getty Images hide caption

'No One Can Live Off $240 A Week': Many Americans Struggle To Pay Rent, Bills

September 23, 2020 • One in six households reported missing or delaying paying bills just so they could buy food, an NPR poll says. And many are having trouble paying the rent, especially African Americans and Latinos.

'No One Can Live Off $240 A Week': Many Americans Struggle To Pay Rent, Bills 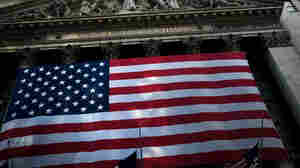 Citigroup estimates the U.S. economy lost $16 trillion over the past 20 years as a result of discrimination against African Americans. Above, the American flag hangs in front of the New York Stock Exchange on Sept. 21. Spencer Platt/Getty Images hide caption

September 23, 2020 • Citigroup estimates the economy would see a $5 trillion boost over the next five years if the U.S. were to tackle key areas of discrimination against African Americans. 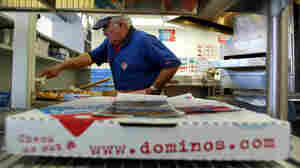 September 22, 2020 • Stacey and Cardiff discuss some of the non-obvious ways the coronavirus pandemic — and the policy response to it — has reshaped the U.S. economy. 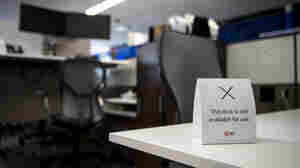 September 22, 2020 • Big furniture companies have relied on a century-old model for selling desks and chairs. It doesn't work in the age of the home office. 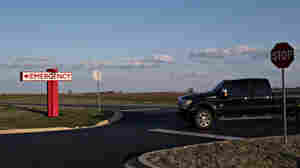 More than 65% of the nation's small, rural hospitals took out loans from Medicare when the pandemic hit. Many now face repayment at a time when they are under great financial strain. Daniel Acker/Bloomberg via Getty Images hide caption

September 22, 2020 • The federal loans were meant to help hospitals survive the COVID-19 pandemic. Yet they're coming due now — at a time when many rural hospitals are still desperate for help. 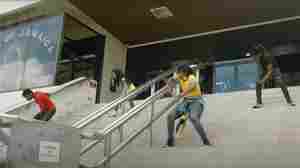 September 21, 2020 • Jamaica's Central Bank has a unique way of explaining its policies: Reggae music videos. The Indicator talks with the Central Bank about why they've taken this unique approach. 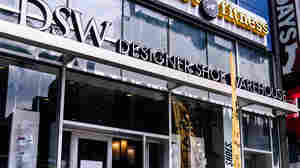 Shop For A Pair Of Shoes To Go With That Bread. Grocery Chain, DSW Team Up

September 21, 2020 • The Midwestern chain Hy-Vee says DSW shoe outlets are opening in six of its supermarkets in Minnesota. Grocery shoppers will be able to try on shoes, then order online. 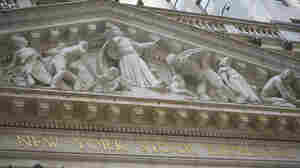 September 21, 2020 • The Dow falls more than 500 points as a report says large global banks were involved in transactions flagged as possible money laundering and hopes dim for Congress to pass another relief measure. 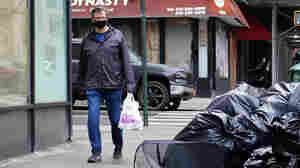 A man wearing a protective mask looks at piled-up trash in New York City on April 24. Cities are struggling with collection as the volume of residential garbage surges during the stay-at-home era. Cindy Ord/Getty Images hide caption

September 21, 2020 • As people stay at home, they are putting out more trash, from pizza boxes to cardboard delivery boxes. That's putting a big strain on residential garbage collectors. 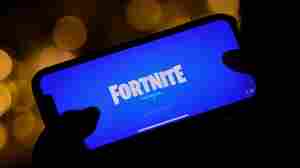 September 18, 2020 • When Epic Games CEO Tim Sweeney sued Apple over its App Store, it started a war about antitrust and the internet. 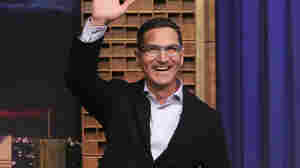 September 18, 2020 • Since the pandemic started, nearly 100,000 businesses have closed permanently. Opening a business now might seem crazy. But downturn start-ups have some advantages. 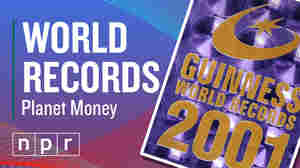 September 18, 2020 • This is the story of how Guinness got into the business of record-breaking, and how one Planet Money intern broke a world record involving the president of Georgia. 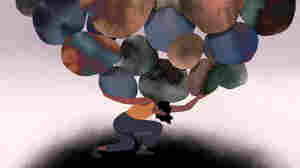 How The Pandemic Is Widening The Racial Wealth Gap

September 18, 2020 • The coronavirus has affected most Americans, but NPR's latest poll shows Black, Latino and Native American households are hardest hit by the financial impact of the crisis.

How The Pandemic Is Widening The Racial Wealth Gap 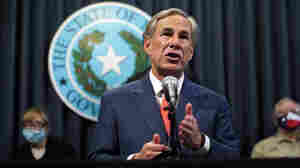 Texas Gov. Greg Abbott announced on Thursday that certain sectors in most of the state can expand their occupancy limits starting Monday. He also said that hospitals in those regions can now resume elective procedures and that eligible long-term care facilities can resume limited visitation next week. Eric Gay/AP hide caption

Governor Says Most Of Texas Can Loosen Limits On Businesses, But Bars Must Stay Shut

September 17, 2020 • Gov. Greg Abbott is relaxing restrictions on hospitals, nursing homes and certain industries in much of the state, citing an improvement in COVID-19 metrics. 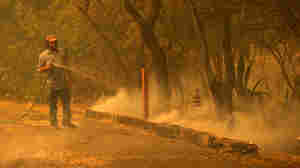 September 17, 2020 • Emergency services are spread so thin in the West that some property owners are taking a D-I-Y approach to firefighting. 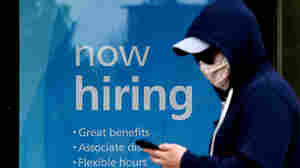 Millions of gig workers have come to depend on a government lifeline that's set to expire at the end of the year. Above, a man wearing a face mask walks past a sign saying "now hiring" on May 14 in Arlington, Va. Olivier Douliery/AFP via Getty Images hide caption

September 17, 2020 • Gig workers are now relying on a safety net program that didn't even exist six months ago. It provides unemployment benefits to the growing number who don't have a traditional payroll job. 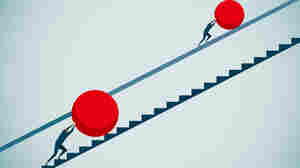 Workers with disabilities can be paid less than minimum wage. The U.S. Commission on Civil Rights says that has trapped workers in "exploitative and discriminatory" job programs. erhui1979/ DigitalVision Vectors/Getty Images hide caption

September 17, 2020 • A 1938 law created "exploitative and discriminatory" job programs and should be phased out, marking a new milestone in the debate over "sheltered workshops," the U.S. Commission on Civil Rights says. 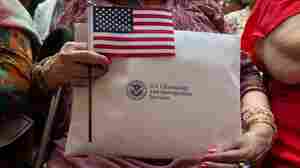 How Immigration Is Changing The U.S. Economy

How Immigration Is Changing The U.S. Economy 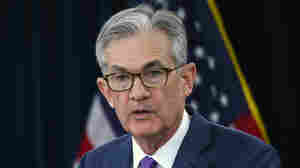 Federal Reserve Chair Jerome Powell has said the Fed is ready to support the economy as a recovery falters. Andrew Caballero-Reynolds/AFP via Getty Images hide caption

September 16, 2020 • The Federal Reserve left interest rates near zero Wednesday and pledged it was ready to use all of its available tools to support an economic recovery that appears to be weakening.